Get to Know the New Senate Crossbench 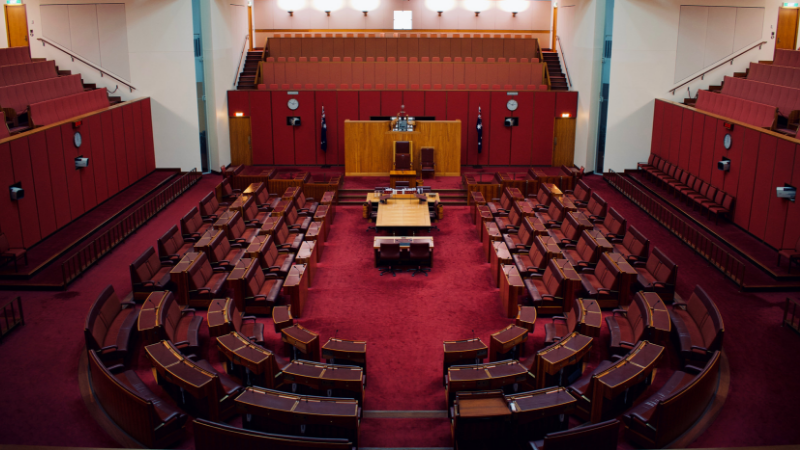 With an increased sense of stability despite its slim post-election majority in the House of Representatives, the Morrison Government's only roadblock to implementing its agenda now lies in the Senate.

The reduced crossbench of six Senators - conservatives, centrists and a wildcard - will be crucial in shaping or blocking the Government's agenda over the next three years.

Although they have already begun consulting to see how they can work as a voting bloc, on some issues they are sure to divide and drive a hard bargain for their own constituencies. Here's what we can expect from each of the three main players.

The Tasmanian Senator is the real wildcard of the bunch, securing re-election after resigning from Parliament during the dual citizenship saga. In an election night interview, she warned the Government to take her seriously or she would tell it ''where to stick its bills'.

Although Lambie's political sensibilities broadly align with the Government's, she is sure to push hard to secure support and funding for Tasmanian issues. She is likely to support Government items such as tax cuts, but also agitate for action in other areas, already chiding Morrison for dragging his feet on raising Newstart and failing to guarantee stronger powers for the anti-corruption Commonwealth Integrity Commission.

With the Government needing four of the six crossbench votes, Lambie will be crucial when either Centre Alliance or One Nation refuses to support a bill, so we can expect to hear a lot more from her over the next three years and beyond.

Formerly the Nick Xenophon Team, this South Australia-based centrist bloc looks likely to support many of the Government's economic measures. Its positions on other issues are likely to be decided on a case-by-case basis, presenting an opportunity for the Government and putting a spotlight on Senate Leader Matthias Cormann's negotiation skills.

Centre Alliance is pushing for a boost to Newstart, a strong federal anti-corruption body and is leading the effort to block the Medevac Bill repeal, while supporting the Government's union-focused Ensuring Integrity bill. Observers will be watching closely to pick up any hints from party leader, Senator Rex Patrick, and his colleague Senator Stirling Griff about where they stand on each new issue and bill.

Pauline Hanson's One Nation Party is a familiar fixture on the Crossbench, but after a tumultuous previous term with Senators leaving the party and facing dual citizenship disqualification, it has emerged from the federal election in a strong, stable position with political capital. With Hanson at the helm of the three-person bloc, it's likely to advocate for its own positions and stand apart from Centre Alliance and Lambie, consulting when it needs.

Its economic sensibilities are similar to the Government's, however the North and Central Queensland-based party will provide support on conservative issues where the Government is struggling to bring along the other crossbenchers, such as its religious discrimination bill.

One Nation need only join one other crossbencher to give the Government a majority. As a result, it's likely the Government will be sounding out Pauline Hanson's position on most bills and seeing what kind of quid-pro-quo it can offer to secure her support.

Whatever path the Government decides to take to pass its legislation, these three players will be the recurring theme over the next three years.