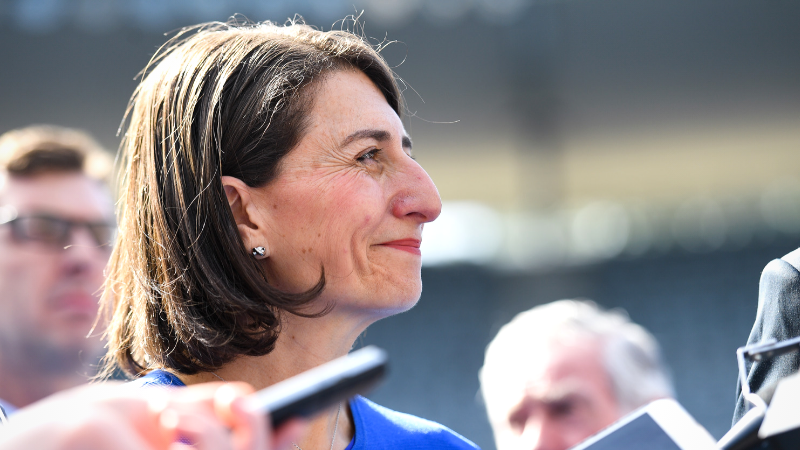 Although the Coalition has only recently been returned to power in New South Wales, it's acutely aware that just two by-elections or defections stand between it and minority government.

Premier Gladys Berejiklian is trying to walk a fine line between keeping crossbenchers onside and not alienating her own MPs or voting base, much of which is in Western Sydney and regional NSW.

Having returned from a recent trade mission to find the Government divided and in turmoil, it seems this tightrope act may not be working.

How did we get here?

The Government's decision to co-sponsor the Abortion Law Reform Bill was meant to woo Independent Member for Sydney, Alex Greenwich, who it believes would guarantee supply in return for support for his own legislative agenda.

However, this caused blowback from within the Government's own ranks and some constituents.

Numerous Government Ministers and MPs voted against the bill in a conscience vote, with three backbenchers, Tanya Davies, Matthew Mason-Cox and Lou Amato, threatening a leadership spill and a move to the crossbench without further amendments.

Particularly in the Western Sydney battlegrounds that have proven consistently more conservative than elsewhere, voters feel they haven't had a chance to present their views. The bill received 14,000 submissions and a YouGov Galaxy Poll showed a third of Coalition voters would have voted differently had they known about it prior to the election.

It's not the first time the Coalition has found itself in such a predicament.

It faced backlash in 2018 after announcing a swathe of marine parks along the NSW coastline, and in 2016 after imposing a snap ban on greyhound racing, eventually scrapping both measures.

The internal and external pressure facing the NSW Government is a sign they're not succeeding in balancing these competing groups.

Political commentators have suggested this could see a leadership challenge in the near future, or see the Premier retiring to the private sector like her predecessor.

Both scenarios are unlikely, however, with Government figures overwhelmingly expressing support for Berejiklian who commands strong loyalty from her own moderate faction, and Treasurer Dominic Perrottet's allies unlikely to push for a hostile leadership change.

Although some think the Premier may hand over the reins to Perrottet sometime over the next 18 months, this theory also underestimates her workaholic nature and passion for politics and public service.

The most likely outcome is that the Premier stays on until the election in 2023. The real question is whether she can polish her balancing act to ensure voters and MPs stay on her.