Committees: How They Work and How to Use Them to Your Advantage 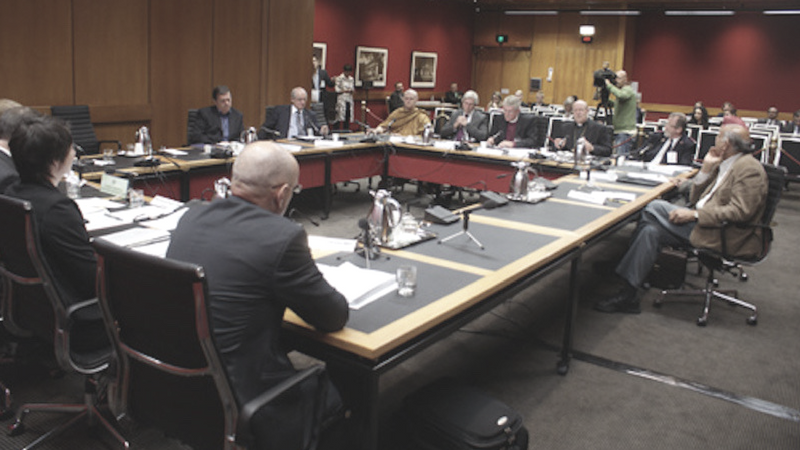 ''Han Solo: We don't have time to discuss this with the committee!

Committees are essentially an investigative body tasked by either the House of Representatives/Legislative Assembly or the Senate/Legislative Council, to look into specific issues or legislation on either an ongoing or temporary basis. They are an extension of the Chambers; however they can go beyond the capabilities of the Houses as they are able to take evidence, listen to witnesses, write reports and look into matters in depth.

There are three specific types of committees and that can be formed at the request of either Chamber or 'joint' with representatives from both.

A standing committee is set out in the 'Standing Orders' of the respective Chambers '“ that is the 'rules' that govern each Chamber. A standing committee is an ongoing body attached to a particular issue or portfolio that continues during the full parliamentary term and reconvenes following an election, regardless of changes to government. Standing Committees are often tasked with conducting specific inquiries on relevant issues. A good example is the Joint Standing Committee on the Environment which undertook a national inquiry into the operation of environmental charities.

A select committee can be established by one Chamber or both and is designed to investigate a specific issue over a defined period and then report to the relevant Chamber with its findings. Once the report is completed the Committee is disbanded. An example would be the current House of Representatives Select Committee on Regional Development and Decentralisation.

Why are some bills referred and some not?

Bills can be referred to a standing committee by agreement within the Chamber. These are often non-controversial Bills that simply require more in-depth analysis before they are tabled in the House. A Minister can also refer a Bill to a Standing Committee for in-depth investigation, to strengthen the bona fides of the proposed legislation etc.

There are obviously political reasons for establishing a Committee, particularly a Select Committee. The establishment of some committees may be opposed by any given Party within the Parliament requiring a vote to bring a committee into existence.

A good example would be the Joint Select Committee on the Royal Commission into Institutional Responses to Child Sexual Abuse which was agreed to by all Parties within the Parliament.

How do Members become committee members?

Members and Senators are nominated by their respective Parties to membership of a particular committee. Each committee has an established allocation for the Government, the Opposition and the cross benches. Within each Party structure, Members and Senators are encouraged to apply for nomination to committees that interest them and particularly those that are relevant to their electorate. For example the Member for Leichhardt, the Hon. Warren Ench is a member of the Standing Committee on Environment and Energy, as his electorate takes in Cairns, the tourist hub for the World Heritage listed Great Barrier Reef.

How do I engage with Federal Parliamentary Committees?

Most committees hold inquiries which call for public submissions on a particular issue. These submissions can come from individuals or organisations and can be a highly effective tool for bringing your issue to the attention of decision makers. Once submissions are made, the committee has the ability to call witnesses to present on their submission and answer questions from committee members. It's often a good idea to contact the office of the Chair of a relevant committee to offer your organisation as a witness on a particular inquiry.

More information about how to develop an effective submission and protocol for witnesses in the Federal Parliament can be found here.