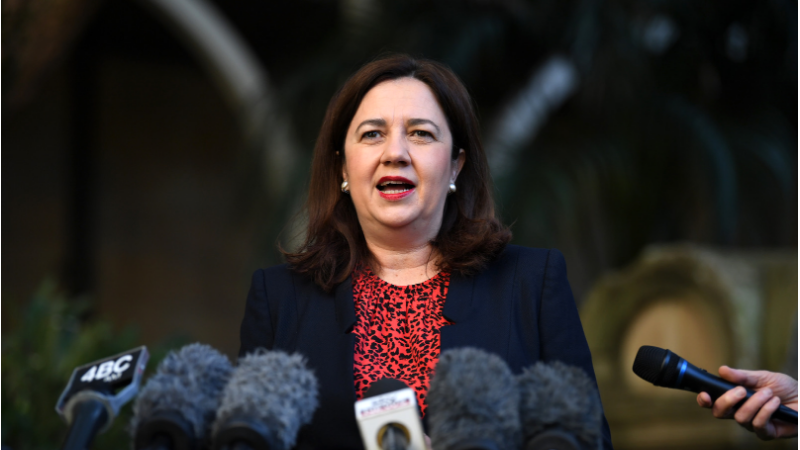 After the May federal election, Queensland Premier Annastacia Palaszczuk wasted no time in showing voters she heard the message they sent her federal Labor counterparts loud and clear.

The Premier appeared in hi-vis and a hard hat just three days later'”with one eye fixed squarely on the 2020 QLD State election'”and lay down the gauntlet to her own public service to speed up mining approvals.

Provoking a disruptive backlash from environmental protestors and coming in the midst of a political scandal involving her deputy, Palaszczuk, who is no stranger to a political tussle, has been thrown into the fire.

How did we get here?

The daughter of a veteran QLD Labor MP, Palaszczuk worked in the office of various MPs until her father's retirement cleared the way for her to run for the seat of Inala, QLD's safest Labor seat.

Palaszczuk was one of just seven Labor MPs who survived the 2012 QLD election, which left the party sitting below the threshold for official parliamentary party status and funding. She was elected unopposed to the unenviable role of leading of an under-resourced opposition facing multiple terms in the political wilderness.

Only four years later, however, Palaszczuk found herself at the centre of yet another political earthquake, catapulting Labor from a rump of 9 seats to secure minority government in the 2015 State election.

Hamstrung by Federal Labor's equivocation on mining approvals and Adani throughout her first term and a half, the Premier has had to weather the bulk of high-profile environmental protests and recently handle the fallout from Deputy Premier Jackie Trad's property deal scandal.

Where to from here?

In the aftermath of the May election, when QLD voters again made their opinions known, the Premier finds herself in an all-too-familiar setting.

Her State counterparts, faced with a vastly different voting base, have offered little cover and her federal counterparts are yet to emerge with a cohesive message on the policies that proved decisive in QLD.

As a result, Palaszczuk is jumping before she's pushed from the policy tightrope they had been walking together. The premier is going all in, piling pressure on the public service to fast-track environmental assessments, pressing on with strict anti-protest laws and carving out a niche for QLD Labor that's one step removed from the rest of the party.

Just like in 2012, the Premier stands alone, tasked with forging a path to victory in a State that recently rejected Labor emphatically. Although Palaszczuk has her work cut out to hold on to power, just like in 2012, she may be able to turn things around in the nick of time.