The NSW seats to watch at the Federal election 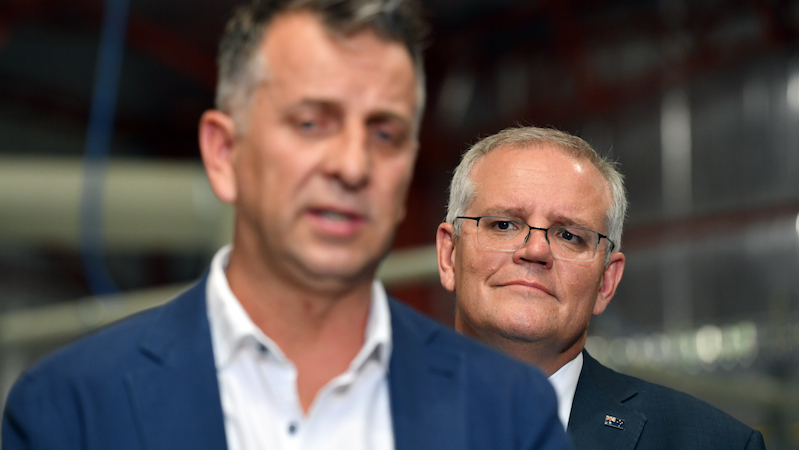 The 2022 Federal Election has been called for 21 May and the result is likely to be wafer-thin, regardless of who claims victory.

Labor has a very good chance of picking up three Coalition seats in WA, placing the Morrison Government behind the eight-ball straight out of the gate.

The Coalition will need to make up for these losses by targeting Labor and independent held seats in NSW and Victoria.

It will all come down to a few key seats. Here are the ones that will likely dictate the outcome of the 2022 Federal election.

The Hunter has been perhaps the most controversial seat for Labor this electoral cycle.

Outgoing MP Joel Fitzgibbon is well regarded in the blue-collar electorate, particularly within local mining communities. However, Fitzgibbon has been engaged in a running battle with Labor leadership over the Party’s climate change commitments, and called stumps on his political career in September.

Desperate to stay in touch with their base in the Hunter, Labor is running star recruit, Commonwealth Games Gold Medal winner and Olympian, Daniel Repacholi, who also forged a career as a frontline mine worker in the Hunter.

The Nationals are hoping Maitland Christian School community relations officer James Thomson can unseat Labor. A background in education and support from the freshly-minted and popular State Member for the Upper Hunter, David Layzell, are pluses for the Nationals in this seat.

The spanner in the works for both Labor and the Coalition is that Fitzgibbon nearly lost his seat to a One Nation candidate at the last election. While their vote is unlikely to be as strong this time round, One Nation preferences make a result in the seat almost impossible to call.

Hughes is held by Craig Kelly, one of the most controversial MPs of the last decade. Kelly has been outspoken on issues such as border protection, emissions reduction and most recently, vaccinations and lockdowns.

Kelly took umbrage at the perceived lack of support from his own Party and left the Government benches, aligning with Clive Palmer’s United Australia Party (UAP).

Although UAP is polling well in Queensland, it’s uncertain if that support goes deep enough into this southern Sydney seat.

Earlier this month the Liberal Party endorsed Jenny Ware, a Gymea Bay resident and lawyer specialising in planning and environmental law to run in the seat. She was one of nine candidates to be controversially catapulted in after the Federal Executive intervened and cancelled preselection ballots by local members.

Despite the ensuing outrage among local branch members, there’s no denying Jenny has strong roots in the area, having grown up in Cronulla and living in Gymea Bay for 20 years, and is considered an active member of the community. She also has the backing of local NSW MPs including Attorney-General and Cronulla MP Mark Speakman, Minister for Multicultural Affairs and MP for Oatley Mark Coure, and Heathcote MP Lee Evans.

Labor will be desperate to hold onto this south coast NSW seat that small business operator Fiona Phillips took from the Coalition in 2019. Phillips has a family history in the Shoalhaven dating back to the 1850’s and has a background in education and defence. She has been a strong local member for the region, although her general flying-under-the-radar approach may work against her given the Coalition’s high profile candidate, former NSW Transport Minister and Bega MP, Andrew Constance.

Constance is a well-respected local MP and earned a reputation as a strong performer in the Berejiklian Government. If Constance’s personal vote from his State seat carries over to Gilmore, it may well be enough to claim the seat for the Coalition.