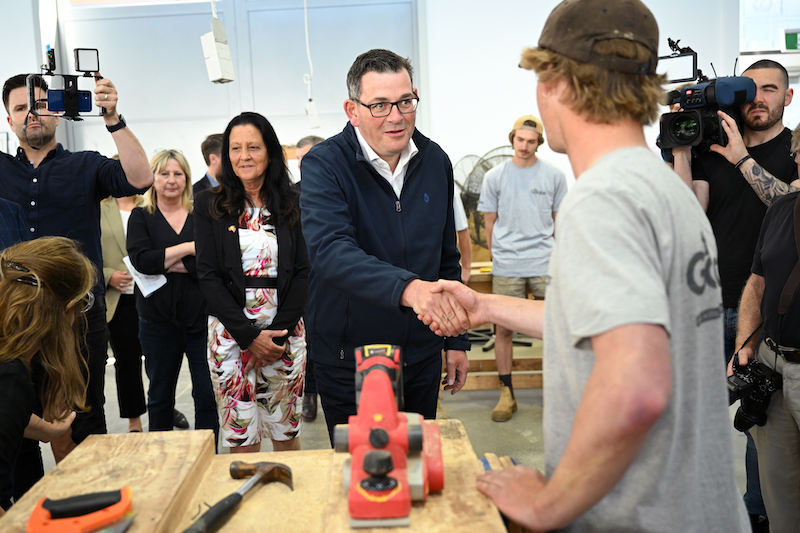 A lot has happened in Victoria since the state’s last election in 2018…with the COVID-19 pandemic demonstrating firsthand the impact a state government can have. With all 88 seats in the lower house and 40 seats in the upper house up for election, this vote is about more than just the face of the state at press conferences.

With a recent redivision of electorate boundaries and several previously ‘safe’ seats being challenged, we share some of the key electorates to watch in the lead up to Victoria’s next election on November 26.

Brighton – the rise of independents

As the first state election since Labor won national government in May, there is significant discussion around independents and whether they’ll continue to disrupt the established party system. Several independents are gaining momentum in Melbourne’s affluent Bayside area, including in the Brighton electorate.

Formerly a long-time Liberal member and mayor, Felicity Frederico is now running as an independent candidate in Brighton – citing growing frustration around her inability to drive change from within the party. Federico is up against Liberal party MP James Newbury, who holds the seat with a very slight 1.1% margin. As a formerly safe seat, which Liberal has held since 1955, this close competition is causing significant waves in the beach suburb.

Forming part of the federal seat of Goldstein, which was won by 'teal' independent Zoe Daniel in the Federal Election, Brighton has a recent precedent which may indicate an independent move on the horizon.

Other electorates with an independent influence to watch – Kew (‘teal’ Sophie Torney is running in a seat with no sitting MP), Mornington (represented by high-profile independent Kate Lardner), Melton (which may go independent with new boundaries) and Point Cook (where the retirement of the current MP has opened the field for independent candidates).

Caulfield – the battle to hold on

Just as some of the major events in the Spring Racing Carnival conclude, the Caulfield district is gearing up for another close race, with the long-standing Liberal incumbent almost losing its seat in 2018 and the redivision of boundaries paving the way for a high-profile 3-way-contest. Although a ‘safe’ Liberal seat since 1979, sitting MP David Southwick held on in 2018 by just 204 votes after preferences.

As part of the redistribution of districts, Caulfield has gained a wave of new voters, which the ABC estimates will reduce the Liberal margin from 0.3% to about 0.04%. The current race therefore looks like it will be a ‘photo finish’ and despite strong campaigning from Southwick to hold the seat, strong voter support is being given to both ALP newcomer Lior Harel and Rachel Iampolski of the Australian Greens.

Other close contests to watch – Mildura (where the ABC has classified the seat as Independent held with a  margin of 0%), Ripon (which only won by 15 votes in 2018 and had it’s tiny margin wiped out by the redistribution), South Barwon (where the previous Liberal MP is challenging to reclaim his seat), Hastings (where the redistribution and a high-profile ALP candidate are closing the gap) and Nepean (where a high-profile candidate has been campaigning to win this seat back for the Liberals after 2018’s loss).

Bayswater – the merging of electorates

The Bayswater electorate was one of the most heavily impacted regions during the recent redivision of electoral boundaries. The electorate has gained over 21,000 voters from the Ferntree Gully area, which means the vote is more closely split between the ALP (current incumbent in Bayswater MP Jackson Taylor) and the influx of Liberal voters from Ferntree Gully (which has held the seat since 2006, represented by Liberal frontbencher Nick Wakeling).

The margin in this electorate has always been tight and the ALP only gained the Bayswater seat by 0.4% in 2018. With two sitting MPs going head-to-head over the only available seat, this fusion of electorates will be an interesting (and close) battle of the two major parties – and potentially a good barometer for the mood of the state.

Other redistributed electorates to watch – the new Ashwood, which now has approximately half of its voters from the former Mount Waverley district, meaning Labor's Mount Waverley MP needs to defend his role on new turf. Additionally Glen Waverley has replaced Forest Hill and part of Mount Waverley (currently held by Liberal) so defending this area will be a complex shuffling of MPs across new districts.

We’ve prepared a downloadable list of the Victorian Candidates to watch, their seat margins and social media profiles so you can stay on top of what they’re saying publicly in the lead up to the election. Download it here. Customers will get automatic access to profiles and social media feeds in their Advoc8 account.

To discover more about the current and future MPs, Advoc8 tracks extended biographies with critical insights on their background, interests and factions. Contact us for a demo or to discuss how we can support your organisation in developing best practice advocacy.