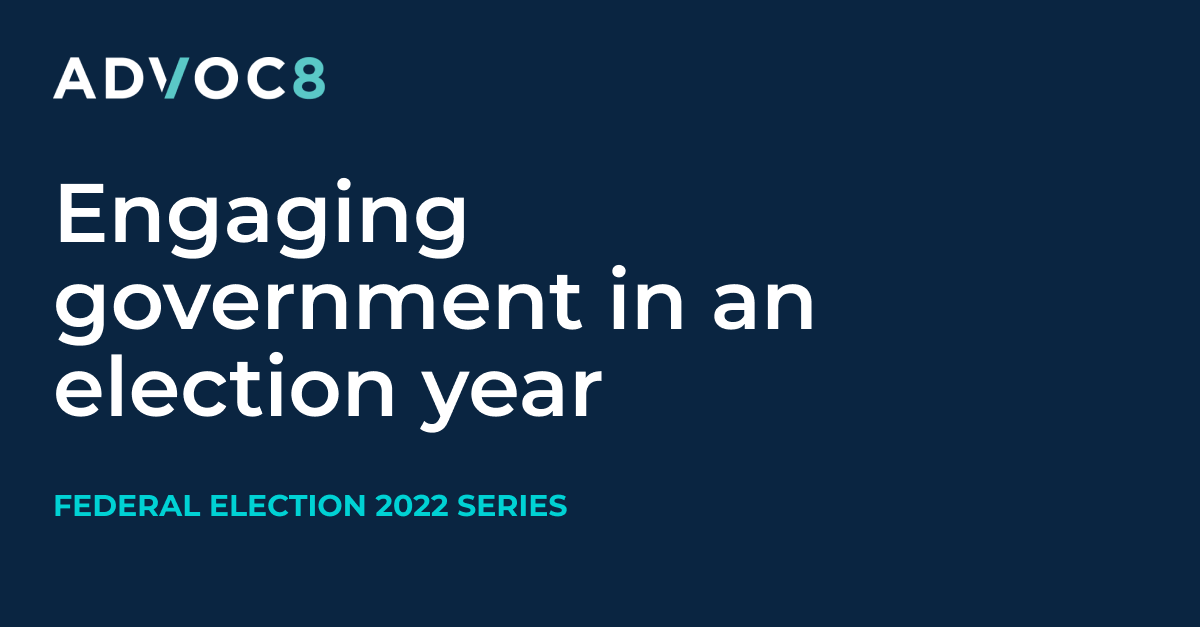 It's fair to say it's been a rocky start to the year for the Federal Government. Leaks, a poor handling of the Omicron variant, and some unusual photo ops at the hairdressers saw the Coalition's primary vote drop below Labor's for the first time.

Of course, if there's anything we learnt in 2019 it's that polls aren't the be all and end all, and the reality is the electoral outcome is still too close to call.

In the second part of our Election Series blog, we look at how best to connect with government stakeholders as we near the election.

The key take out? Be present, but be sensitive to your government stakeholders' priorities - it's not their average year.

Stay in front of political stakeholders‍

Keeping in mind that the only decisions that will interest politicians are those that will get them over the line with voters, stay in contact with both Government and Opposition MPs not because you have an ask, but because you have something to give. Purchasing a ticket to a fundraiser, taking a staffer out to lunch or simply buying them a cup of coffee can provide a relief from pre-election pressures. But whatever you do, don't shut off all engagement with MPs. Be visible, and of course be ready when the dust clears following the election.

Government departments are in the process of preparing the 'blue book' and the 'red book'. The blue contains briefings on the status of various Bills, government programs and the fiscal position for a returning government. The red contains similar briefing for a new government. It's a way to ensure a smooth transition to government after the rollercoaster that is an election campaign. It's also a good way for Government Relations teams to get ready for any election outcome, and helps ensure your team is ready to swoop when the government is sworn in. Read more about preparing your red book/blue book strategy here.

As we get closer to the election, MPs will be trying to capture audiences with shiny promises and announcements. These will be scattered across traditional and social media, declared in Parliament, and to the media on the campaign trail. While real time monitoring for announcements is important to having your finger on the pulse, consolidating and mapping them to relevant people and issues is what will make it easier to kick off your post election engagement, so make sure to track remarks in the one place.

Departments will soon be entering caretaker mode. While they won't be doing anything political, they will have more time on their hands at the same time that MPs become less available. It's worth engaging with the public service now, even if it's to build relationships or nurture new ones. Of course, come prepared with an overview of your organisation and key issues as they relate to that portfolio.