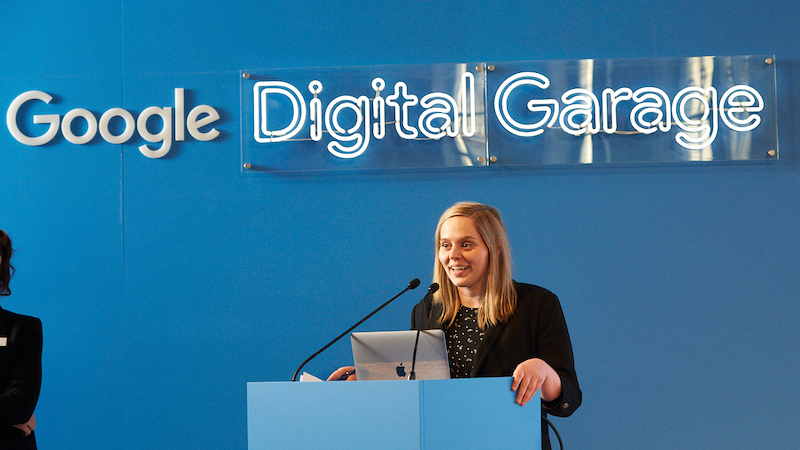 This week we catch up with Hannah Frank, former media adviser to Opposition Leader Anthony Albanese and electorate officer to the former Member for Hindmarsh Steve Georganas.

Thanks for speaking with us Hannah. Can you tell us about how you became a political staffer?

Like many, accidentally. I had never thought about becoming a staffer and after uni I went to join the Department of Immigration and Citizenship through their graduate program. But I had done a bit of casual work for Steve Georganas at uni so when he called me up only nine months into the program and told me he needed a media adviser, I jumped at the chance.

I had a great time working for Steve for several years before I moved to Albo's office in 2013. I stayed on through the subsequent leadership campaign and Opposition before I eventually left to pursue my Master of Public Policy at Sydney Uni. Politics is so addictive I worried I'd never get round to doing it unless I forced myself, so I had to create a self-imposed deadline!

So what did a day in your shoes look like?

In a word, scuffed. Working in an electorate office and travelling constantly as an adviser you are on and off planes, building sites, meeting rooms and other locations on a daily basis. The worst was when I organised a press conference in a vacant paddock in the NT. Turns out it was full of sandflies and we all were covered from head to toe in giant, painful and itchy red welts for several days after.

In Parliament, I quickly learned to put on my 'Question Time shoes' which were flats or sneakers at 2pm each day, so I could sprint down the corridor to the chamber with documents and the occasional amusing prop. The Speaker did not appreciate these efforts as you're not supposed to have props in the chamber.

As someone who has worked in an electorate office, is there anything that effective advocates can do to help deliver their key messages to a political office?

Make sure your pitch is personalised, timely and relevant to their interests. Understand their personal history and interests, as well as the community they represent. Don't waste their time by failing to show up with a concrete, reasonable ask, such as attending an event, making a speech about a particular cause, or advocating for a policy position internally. It's unreasonable to expect them to commit to major projects on the spot.

Preparation is key. And be nice to the staff! They often have significant decision making power. Don't try only for meetings in Canberra. Offer to go to the electorate office - they are often more relaxed there.

Visiting the electorate office is something important to think about. What are some of the most common pitfalls for advocates when engaging with a political office?

I've seen some real shockers, most often gender and age related. Unfortunately there are still plenty of industry stakeholders who tend to direct their comments and questions in meetings only to male staff or assume that they are the decision maker. Stakeholders should be acutely aware of their unconscious assumptions and biases in this regard.

A general level of respect and courtesy, along with active clarification if needed, goes a long way. Another big red flag is hassling the diary person for meetings - they are generally doing their best and are often waiting for their boss to return from a work trip to look at it so they can respond.

Of the organisations/stakeholders that you found helpful or effective, what made them so great to work with?

The ones that had put effort into understanding the politics of the matter and understood why certain things would or wouldn't be possible in the circumstances. Finding pragmatic middle grounds is always appreciated. The ones who were consistent over the long term were also much more welcome than those who only appeared when they wanted something.

In today's unpredictable environment, it does pay to invest in people for the long term, rather than only paying attention to someone who is in a particular ministerial or other role at any given time. Also, those who make their events fun! It sounds obvious but politics is tough, so lightening the mood is appreciated from time to time. The annual ABC showcase with the Bananas in Pyjamas is a great example.

What is one thing you took from your time in politics?

In both the roles I had, I worked to bring in new digital tools and implement strategies to ensure we were reaching our communities in effective ways online. I remember going door to door in Parliament House explaining to Parliamentarians why they should use social media! I'm still passionate about best-practice use of technology in politics and government, so I am grateful that I can still do that in my new role at Google.