Sit and stare down – what does a backbencher actually do? 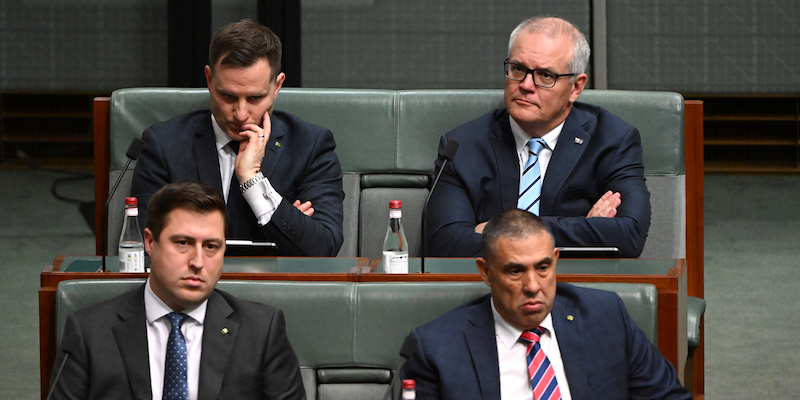 Not just there to sit and stare down their opponents, backbenchers play an important role in Parliament – representing their constituents and parties, and shaping public policy. Don’t let their position fool you, they may be at the back of the room but they are still influential members of Parliament and a valuable contact to get your agenda in front of.

Aside from the obvious insinuation that a backbencher does, in fact, sit on the back bench in the Chamber – what else does their role consist of?

Let’s get back to basics…

There is no standard ‘job description’ that applies to all backbenchers – as each has their own priorities, responsibilities and political relationships. Despite these variations, there are some key duties which they all undertake.

Backbenchers sit on committees, are champions for local interests, make recommendations to Ministers, are contributors to parliamentary debates, facilitate communication between stakeholders, and participate in party activities.

One of the key roles of a backbencher is to sit on committees across various lines of inquiry. These require carrying out investigations into matters like government expenditure, and various policy issues, hearing from witnesses, listening to proposals and feedback, analysing evidence and data, debating and reporting conclusions.

As both the sitting government and opposition parties make extensive use of backbench party committees, these are a key priority for backbenchers and take a significant amount of their time. Committees look at legislative proposals and government policy, which means backbenchers have influence in developing future policy initiatives.

Backbenchers in the lower house are dedicated to serving the interests of their electorates, proving themselves worthy local representatives and (hopefully) getting re-elected. They are actively engaged with spokespeople and groups in their electorate, with a focus on local issues and priorities – encompassing everything from unemployment rates to significant development proposals.

They typically have a wide range of contacts with government bodies, their political party, community groups and individuals – and use their role to make representations to Ministers on behalf of their electorate. They also attend local site visits with visiting Ministers and can make Private Members Statements on issues related to their electorate.

This local remit is why effective engagement with a backbencher means demonstrating an interest and understanding of their local area, and where possible, providing policy solutions that positively affect their constituency.

Most backbenchers belong to a political party and as active members of their parties, part of their role is to contribute to developing and amending policies of the party to which they belong – whilst also putting forward the interests of their constituents and personal views.

They meet regularly with parliamentary members of their party, which gives backbenchers an active voice in policy discussions and the opportunity to promote certain policy positions or raise concerns.

Who are the backbenchers?

When it comes to those warming the back bench, it is important to remember that this elected role is often one's first political position…but not necessarily the only position they will hold over their career. For instance, the Honourable Dominic Perrottet MP became NSW Treasurer within five years of being elected as a backbencher and is now Premier of NSW. Therefore, engaging with these stakeholders early and consistently in their careers is a strategic way to build relationships and political capital.

Backbenchers come from a range of political and professional backgrounds, including across medical, education, economic, corporate and political settings, which means they bring different perspectives and priorities to the role. A backbencher’s background before election may contribute to where and how they make their main contribution.

To discover more about who makes up the backbench today, Advoc8 tracks extended biographies for MPs with critical insights on their background, interests and factions. Contact us for a demo or to discuss how we can support your organisation in developing best practice advocacy.